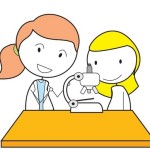 As you read the last sections, you might have been thinking “Hey, how do they know all of this stuff about babies? Babies can’t talk to tell you what they see or how they feel, so how can they know?” It’s true that figuring out what a baby’s experience is like is really tricky. But researchers have come up with different clever tests and methods that help to answer some questions about what their experience is like. This section explains some of the research methods that are used with small babies.

A method often used to measure babies’ abilities is to show a baby two different images and to measure whether they look at one for a longer time. This method can be used to work out what kinds of things babies can see, like different colours or shapes, or what they are thinking about. If they look longer at one image, this shows a visual preference, which means that they are noticing a difference between that image and the other one. To make sure this isn’t just because they prefer looking in one direction, the images are swapped around to see if the baby will show the same visual preference again. 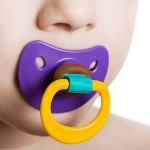 Researchers have used a technique where babies suck on a soother which is linked to a machine. The machine measures how hard the baby sucks on the soother. With babies around 2-3 months, this has been used to measure what speech sounds they can tell apart. A recorded speech sound is played each time the baby sucks on the soother, something like ‘ba’. So by sucking on the soother, babies are able to control the rate of the sound played to them. The babies quickly learn that they can control the sound through sucking, and they’ll suck hard to hear the sound. But as the same sound is played over and over, the baby becomes bored, and stops sucking as hard. The researcher then changes the recorded sound the baby hears, for example to ‘pa’. If babies notice a difference between the two sounds, they will suck harder than they have been. If they don’t notice any difference, they’ll keep sucking at the same rate as they had been. So researchers can use this technique to tell if babies can hear different letter sounds for example. 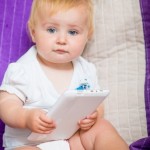 This method involves a baby being shown the same image over and over. Usually they get a bit bored of it the more times they see it, so they start spending less time looking at it. If they do this, it shows that they remember it from the previous times they saw it. What researchers can then do is to suddenly show them a different image. If they look for a longer time at this one, it shows that they are noticing a difference between this image and the old one that they’d got bored of. If they don’t notice the difference, they won’t look longer at the new image. So that’s a good way for vision researchers to tell what level of difference and detail babies can pick up on.

Not what you expected? 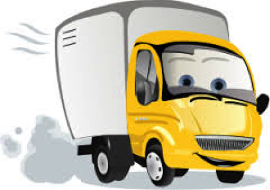 Another way to study what babies understand is to show them something that should be impossible, and see how they react. Here’s an example. Researchers wanted to know if babies of 4 months understood that a moving object would be stopped by something in its path. So they showed the babies a toy truck rolling down a hill, passing behind a screen, and out the other side. They then showed them that there was a big block behind the screen that the truck was going to crash in to!  But then the researchers played a trick – they put the screen down in front of the block and rolled the truck, and it passed behind the screen and out the other side as usual! This should have been impossible because the block was sitting on the track. Sure enough, the babies noticed this. We know they noticed it because they looked much longer at the impossible scene than the normal scene, which showed their surprise. So this experiment showed that the babies understood that one object cannot pass through another object, and that the block was still there when they could not see it behind the screen. 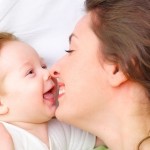 A very common method of studying babies is just to watch their behaviour over time – in person or on video camera for example.  A lot of studies of babies’ development have used this method. Researchers can study the baby alone, watching the kinds of actions they do or sounds they make. Researchers can also observe the baby interacting with a parent, and can measure different aspects of the interaction. Researchers have looked in detail at the way mothers and babies have face-to-face interactions, measuring the timing and pacing of these exchanges. Babies can be observed in particular situations too, to see how they react.  For example, observing how the baby responds to separation from the mother, and reunion with her. 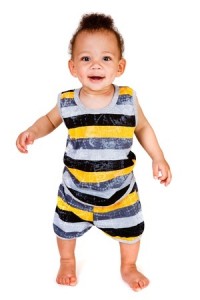 Another way to find out what abilities babies have is to test them with different games and puzzles. For young babies this might just be simple tests like whether they can pick up a small box and rattle it, or whether they can stand up on their own.  Their results can be compared to how well other babies their age perform, which gives an idea of whether they are behind, average, or ahead of the others. This is called developmental testing, and it would usually be done in a paediatric or other clinical context if there were concerns about the baby’s development.